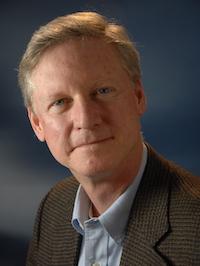 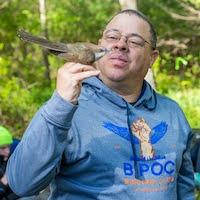 Jeff Galligan is an administrator at Madison College, where he runs programming for high-promise students, including two TRIO Student Support Services grants and the Men of Excellence program, a retention-based program for Black and Latino males. He is also a member of the Madison Audubon Society board of directors and Aldo Leopold Nature Center board of directors. Galligan is a co-founder of the BIPOC Birding Club of Wisconsin, which seeks to create safe spaces for people of color in the outdoors through outdoor birding activities and outdoor experiences. Galligan is also a Wisconsin Master Naturalist. 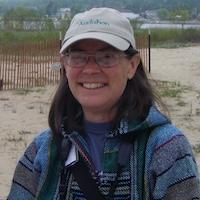 Karen Etter Hale chairs the Wisconsin Bird Conservation Partnership, a cooperative partnership of more than 180 organizations and agencies. She previously served for more than four years as chair of the Wisconsin Waterfowl Joint Venture, which led to the formation, in 1999, of the Wisconsin Bird Conservation Initiative (now Partnership). Karen has been a leading force in avian conservation in Wisconsin for more than three decades, including nearly 25 years as executive secretary of the Madison Audubon Society. Karen holds a degree in Wildlife Ecology from University of Wisconsin-Madison and has a lifelong interest in birds. 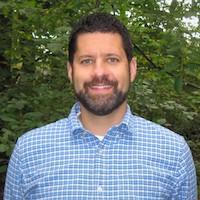 Bryan Lenz is chair of Bird City Wisconsin's Steering Committee and was the program's director from 2014 to 2018. Bryan is the Collisions Campaign Manager for American Bird Conservancy, a position he has held since 2018. He previously worked as Chief Scientist at the Western Great Lakes Bird and Bat Observatory. He also sits on the Issues Committee of the Wisconsin Bird Conservation Initiative. Bryan was awarded his Ph.D. in Biological Anthropology from Tulane University, where he studied the impacts of cattle ranching on a community of primates in the central Amazon. 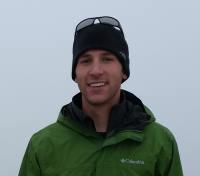 Lucas Olson is a conservation biologist for Wisconsin DNR. He is an urban wildlife habitat specialist and developed a habitat certification program for landowners, schools, businesses, and organizations. Lucas also organizes data and prepares master plans for the State Natural Areas Program and maps natural communities for the Natural Heritage Inventory Program. He earned a B.A. (2003) in wildlife ecology from the University of Wisconsin–Madison where he analyzed gray wolves diets in Wisconsin. Lucas has restored and managed Wisconsin plant communities working for Mississippi Valley Conservancy and WisCorps Inc. He has worked on a variety of wildlife research projects including the Cascade Carnivore Project, Urban Canid Project, and the Wisconsin Frog and Toad Survey. 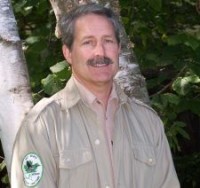 Michael Reed is the former director of the Bay Beach Wildlife Sanctuary in Green Bay. He represents the Wisconsin Audubon Council, having served on the board and been involved with conservation issues through NEW Audubon since 1987. Mike took the helm at Bay Beach in May 2011 and retired in August 2019. He previously worked at the Field Museum of Natural History in Chicago and has done field work throughout the United States and in Belize. 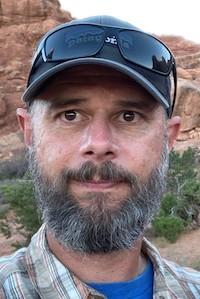 Richard Staffen has been a zoologist/conservation biologist for the Wisconsin Department of Natural Resources Natural Heritage Conservation Program since 2001. He helps coordinate and perform inventory and monitoring projects across the state focused on rare vertebrate animals. Richard is the eagle/Osprey survey coordinator for southcentral and southwestern Wisconsin and is a Wisconsin DNR species expert for forest raptors and songbirds, as well as other rare raptor species. He has been heavily involved in the second Breeding Bird Atlas and serves on the Wisconsin Chimney Swift Working Group and the Wisconsin Kirtland’s Warbler Conservation Team. 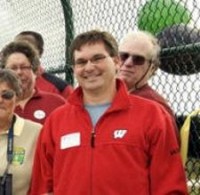 Andrew Struck is the far-sighted director of planning and parks for Ozaukee County, one of the inaugural Bird City communities, and has worked on numerous grant-funded projects of an environmental nature. He serves on Bird City's board as a municipal representative and a direct voice for the concerns of our recognized communities. Andrew is president of the Wisconsin Audubon Council and a board member of the Milwaukee Audubon Society. He was the president of Milwaukee Audubon when Bird City Wisconsin was founded, and he served five years as chair of the Bird City Steering Committee and nine years as its treasurer. Andrew is a member of numerous other boards and committees that work to protect and improve Wisconsin's environment. 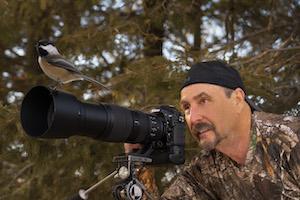 John Walch is a consultant with Sustainable Oceans International and a member of the Reefball Foundation and Bird City Algoma’s board of directors. As a Wisconsin native, John’s love for the nature started early, and he has dedicated his life to preservation and restoration of marine ecosystems around the world. He taught Solomon Islanders how to culture corals; led a team to restore coral reefs damaged by the 2004 tsunami in Phuket, Thailand; planned and executed the first coral relocation project in the Arabian Sea, off the coast of Saudi Arabia; led coral relocation in Port Moresby, Papua New Guinea; and worked in many other countries. John relocated to Algoma in late 2017, and motivated by the abundance of wildlife, he rekindled his passion for photography and has focused his camera primarily on the birds around Wisconsin. 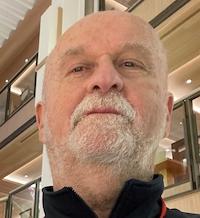 Jerry Ziegler retired from the Nature Conservancy at the end of 2020 after serving as land manager for southeast Wisconsin for 13 years. Before that, he was the assistant copy desk chief for the Milwaukee Journal Sentinel and an assistant news editor at the Milwaukee Journal. Before that, Ziegler worked at the Capital Times in Madison and newspapers in Michigan. He is a member of the Sierra Club and the Great Lakes Historical Society. He is the former president of the Southeastern Wisconsin Invasive Species Consortium and a former board member of Wisconsin Lakes.

The mission and rationale of Bird City Wisconsin.

Organizations that have provided funding for Bird City Wisconsin.