The City of Sheboygan’s Comprehensive Plan was adopted on December 5, 2011, and includes points on meeting Wisconsin’s “Smart Growth” law. The City has been in compliance with the plan since this date.

The City of Sheboygan has about 40 parks with habitats that include: lakeshore, riparian, deciduous forest, coniferous forest, swamp, marsh, prairie, mowed lawn, and meadow. The Division of Parks and Forestry works closely with the Ellwood H. May Environmental Park – Maywood to provide quality bird habitat. This is evidenced by the activities at Maywood, a 135-acre City of Sheboygan Park. Each year Maywood and Audubon provide birding programs for the public to learn bird identification and help track the migratory and resident bird species through weekly walks in spring and fall. This information has been collected over the past two decades and recently put on eBird, the internet recording site run by the Cornell Laboratory of Ornithology.

Maywood also has a bluebird trail consisting of 16 nest boxes. These boxes are monitored weekly during the nesting season and results are submitted to the Bluebird Restoration Association of Wisconsin. One of the nest boxes has a live camera feed so visitors to the Maywood website can watch the nesting as it occurs.

Through a joint effort between Maywood and Camp Y-Koda citizen-based monitoring will continue again this year to monitor birds at several public sites along the Sheboygan River. This effort is part of a larger effort to restore and monitor restoration efforts on the lower 14 miles of the Sheboygan River since it was dredged in 2012.

In 2011 and 2012, Maywood was the host site for a bird and bat migration monitoring research project, sponsored by the U.S. Fish and Wildlife Service and the University of Minnesota. Maywood staff would exchange data collection cards and batteries in the acoustic monitoring device, and mail the data cards each week to the University of Minnesota to download the data into their survey.

Glacial Lakes Conservancy as brought and protected land within the Sheboygan. This land will protect birds and their habitats. The Sheboygan County Audubon Society had walks in partnership with GLC. This helps educate the public on the importants of birds and the environment.

In 2012, the City of Sheboygan was the site of a large scale habitat improvement project, which linked with the clean-up and dredging of the Sheboygan River. This multi-million dollar project included vegetation planting and installation of nest boxes that would encourage the return of a variety of bird species to sites along the Sheboygan River. The nest boxes were designed to attract bluebirds, tree swallows, house wrens, owls, and wood ducks. In addition a nesting platform for ospreys was also installed.

The City of Sheboygan, in partnership with Maywood, WDNR, USFWS, USEPA, Ozaukee/Washington County Land Trust, and Stantec Consulting successfully obtained a grant in 2017 to begin implementation of restoration work to create the Pigeon River Estuary.  This river corridor from Maywood to the mouth of the Pigeon River will improve wildlife habitat by removing phragmites and other invasive species, and planting native trees and shrubs over the next three years.

To continue the process of improving wildlife habitat at Maywood, a new Generational Forest was planted on Arbor Day 2018, enhancing other habitats with 220 trees.

In 2016, a collaborative effort between the City of Sheboygan, National Fish & Wildlife Service, WI DNR, Stantec Environmental Consulting Firm, Miller Engineers and Scientists, and Maywood Environmental Park was initiated to begin work on a Pigeon River Estuary. The estuary would encompass several miles from the shore of Lake Michigan upstream to Maywood and possibly beyond. The project is to remove invasive species, improve habitat for birds and other forms of wildlife, and provide public access.  In 2017, the project received its first of three treatments for phragmites removal.

Sheboygan’s lakefront, particularly North Point Park, has been an outstanding location for birds with an affinity for water. Recognizing this fact, the City of Sheboygan has provided strategic locations for viewing. In 2012, with the help of the DNR and grant money, the first steps were taken to preserve this lakefront habitat by implementing an invasive species program to control phragmites. This three-year program will greatly improve this habitat, especially for shorebirds.

In 2012 numerous partnerships between private contractors, and public agencies undertook an immense project to restore the Sheboygan River habitat. Contaminant removal, shoreline restoration, natural landscaping, and nest box installation were just some of the aspects of this multi-million dollar project. Bird and other wildlife inventories were performed before the project, establishing a baseline to assess the success of the restoration. Nest boxes for owls, bluebirds, tree swallows, and osprey nesting platforms were installed along City-owned parcels of land and installations continued in 2013.

The National Fish and Wildlife Service, in conjunction with the University of Minnesota, undertook a project to monitor bird and bat migration along the great lakes. The City of Sheboygan, through Maywood and the Water Utility Department, set up ultrasonic recording devices, which recorded the sounds of birds and bats migrating on a 24 hour schedule over a 2-month period in spring and again in fall of 2010 and 2011. City personnel were responsible for recharging batteries and changing and mailing data cards every two weeks.

To improve the habitat at Maywood for birds and other species of wildlife, volunteers have been recruited to assist in several habitat improvement projects, including planting 340 trees and shrubs, representing seven different species, removing invasive species, cutting back brush that interferes with nest box usage.

In 2015, the City of Sheboygan, Glacial Lakes Conservancy, Maywood, and numerous state and federal agencies have been working together to protect and preserve a 132.6 acre parcel of land within the City of Sheboygan. The site, now called the Willow Creek Preserve, was a farm owned by the Schuchardt family. Throughout 2015 & 2016, Schuchardt Valley, as it is referenced in E-Bird, was one of several sites in Sheboygan that was regularly monitored through a Citizen-Based Monitoring program as part of the Sheboygan River clean-up and restoration effort. Plans are underway to make habitat improvements to the site to increase natural diversity of both flora and fauna. At this time, a DNR grant is being sought to continue the Citizen-Based Monitoring program in 2017.

In 2017, the City of Sheboygan, Camp Y-Koda, and Maywood conducted numerous invasive species removal dates at parks and on public lands.  These efforts focussed on the removal of honeysuckle, buckthorn, garlic mustard, and eurasian milfoil.  These efforts involved the assistance of students, Scouts, service clubs, and citizen volunteers.

H. Show that the local Chamber of Commerce or a similar group (e.g., an Audubon chapter, Wild Ones, etc.) takes an active role in the planning process for protecting and enlarging favorable bird habitat.

The Glacial Lakes Conservancy has brought up and protected land through out Sheboygan County and even within the city. This will help provide habiat for birds as it will stay as green space. The conservancy will also work on land restoration on these sites. A full list of the GLC lands can be found at: https://www.glaciallakes.org/protected-properties.html

V. OTHER: Demonstrate in a narrative.

The Ellwood H. May Environmental Park (Maywood) is owned and operated by the City of Sheboygan Division of Parks and Forestry.

Maywood has established a bluebird trail through the Bluebird Restoration Association of Wisconsin (BRAW). 16 nest boxes are monitored throughout the nesting season with results mailed to BRAW. One of the nest boxes has a video camera mounted inside, so visitors to the Maywood website may enjoy live streaming video of the nesting process. Ten additional bluebird nest boxes were constructed through an Eagle Scout project to expand the bluebird trail in another area of Maywood.

Maywood has also installed numerous kestrel nest boxes. Habitat improvements such as prairie restoration, wetland restoration, pond construction, tree planting, and much more have resulted in a steady increase in the number of bird species utilizing the 135 acres of Maywood since its development in 1984.

Camp Y-Koda and Maywood have teamed to continue and expand its citizen-based monitoring efforts that track the recovery of the Sheboygan River after its 2012 cleanup.  These monitoring efforts include regular bird outings (i.e. Warbler Wednesdays) on foot and via canoe.  Bird data is submitted after each outing to E-bird.  Nest boxes along the Sheboygan River are also monitored for bluebirds, and tree swallows.  Other citizen-based monitoring efforts to be conducted in 2018 as part of a WDNR grant include: bats, mussels, frogs/toads, and invasive encroachment.

In 2020 the City of Sheboygan was recognized as a Tree City USA by the Arbor Day Foundation for the 42nd year. The City of Sheboygan has joined forces with National Rotary to plant a tree for every Rotarian and to implement a plan to replace the City's 5,200 ash trees with other suitable species.  The City began treating and removing ash trees in 2017, but has recognized that a community effort is needed. Therefore, the local Rotary chapter is partnering with any other interested groups to assist with this massive undertaking.

D. Describe your community-sponsored annual bird festival. This must be a multi-day event or a truly exceptional one-day event.

Starting in 2017 SCAS worked with Kohler-Andrae State Park (KASP), to run an International Migratory Bird Day event at KASP. In 2021 and continuing for 2022 Morain Shores Audubon will again partner with KASP. We will hold a joint program at the park for World Migratory Bird Day in May and likely again in the fall.

B. Show that your community goes above and beyond in its support for, and implementation of, green transportation (e.g., bike trails, rideshare programs, bike trails/lanes, etc.). Be sure to utilize the narrative to illustrate why your community is exceptional because standard practice will not receive credit.

Paradigm Coffee and Music as run a ReBike program for a number of years now. In 2019 the City of Sheboygan introduced its first ever shared bicycle program by purchasing 20 bicycles from BCycle. Here is a link to the latest article about the new program. Cyclists are able to enjoy cycling many trails in Sheboygan including the Interurban Trail, Old Plank Road Trail, The Shoreland 400 Rail Trail, and the Taylor Drive Pathway.

World Migratory Bird Day 2022 will be celebrated in May and likely again in fall. This will take place at Kohler-Andrae State Park. The festivities will be sponsored and hosted by the KASP and Morain Shores Audubon. We have run this as our International Migratory Bird Day, it has run for three years so far. 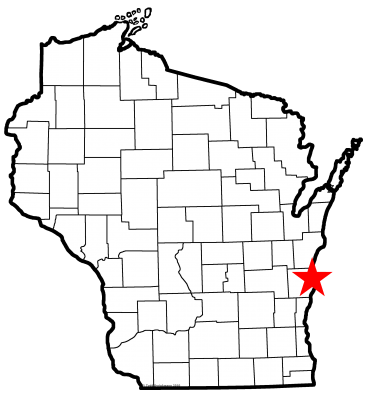