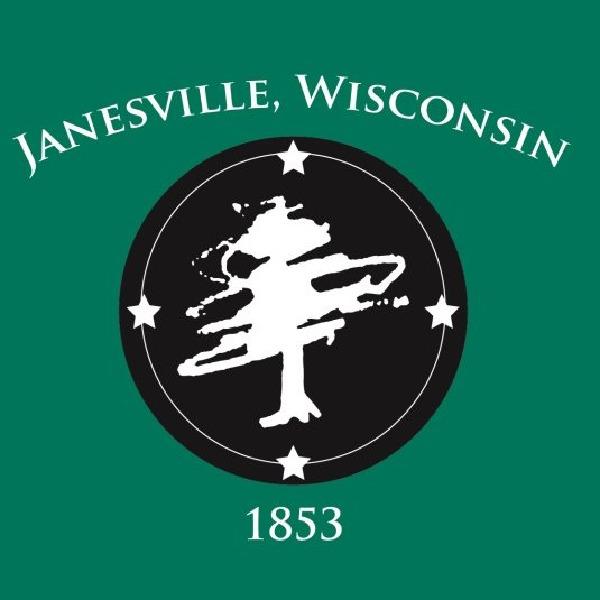 In March 2009, the Janesville City Council approved the City’s comprehensive plan after more than two years of work by city staff, the plan commission, a consulting firm as well as discussion among residents and council members. The Plan provides recommendations in the areas of land use, transportation, economic development, parks and open space, historical and cultural resources, housing, community facilities, agricultural and natural resources, utilities, and intergovernmental cooperation.

Monitoring is conducted at the Cook Memorial Arboretum. Focus species are the Cerulean Warbler, Hooded Warbler and Acadian Flycatcher, all of which are considered to be rare to the area. Tom Klubertanz and Quentin Yoerger are the project coordinators.

The City of Janesville, through the efforts of the Parks Department, provides bird habitat within “natural areas” locally known as the “Green Belt.”  These natural areas stretch 15 miles and essentially circle the City. Many are in the process of being restored to a natural prairie state. There are also 30+ miles of hiking trails and paths within the City, many of which run through or near Green Belt areas. Green Belts provide open space, encourage active and passive recreational opportunities, and preserve some of the native vegetation that once covered these important prairie areas. Green Belts support wildlife, natural prairie growth, trail use, enhance adjacent property values, and overall aesthetics. Future plans include planting additional prairie, prescribed burns, and trail improvements. Brochures are available.

The exposed Rock River edge after the removal of the Monterey dam (July 2018) will be native plants, including a designated wetland area.  The exposed mud flats were attractive to shore birds.

Green-Rock Audubon Society is working with the City of Janesville to restore an area along Spring Brook at Main Street called "The Pond".  Ducks, geese, herons and other birds are present. This year 50 students from UW Whitewater worked for 3 hours during "Make a Difference Day" to clear buckthorn and other invasive species of brush. The City had previously cut down the brush to be hauled out by the students.

As a part of the reconstruction of a half-mile section of River Street in the central city, the City has added a diverse group of 70 trees and a rain garden in the area along the street and the river. All plantings provide nesting habitat and nearly half of the trees are a source of bird food.

E. Describe your community’s ordinance demonstrating that your community does not restrict natural/native landscaping that emphasizes native plants and non-turf lawns.

In the spring of 2019 the City revamped City ordinance 8.56 to allow natural landscaping/gardens in all portions of a residential property except for a 2' boarder/buffer.

The Cook Memorial Arboretum is located in the city of Janesville and is recognized in the Great Wisconsin Nature and Birding Trail guide as an important area. The arboretum is a city park, managed by the local school district and is considered an important area for breeding and migration of forest bird species. Among the 125 species of birds sighted on the property are the Tufted Titmouse, White-eyed Vireo and Blue-winged Warbler.

The Acadian Flycatcher is a species of interest at the Cook Memorial Arboretum.

The City of Janesville continues to be recognized as a Tree City USA by the Arbor Day Foundation following its initial award in 2004. It is supported by a resident committee – Janesville Urban Forest Alliance (JUFA). "The mission of the Janesville Urban Forest Alliance shall be to promote and enhance the beauty and general welfare of Janesville's urban forest." The current focus is to increase the diversity of trees, moving away from the dominant “maple” culture and replacing the tree canopy following the Ash Borer infestation.

Each year the City plants 50+ trees in the fall as part of the on-going ash replacement program.

The Monterey dam was removed and as part of that project native species of trees and shrubs were planted along the rivers edge and open park spaces.

E. Show that your forester, a member of your tree board, or another person currently responsible for managing your community’s trees has completed the Wisconsin DNR’s Wisconsin Tree Management Institute.

Ethan Lee, Janesville's forester, has a bachelor's degree from UW.  He is a member of International Society of Arboriculture certification number - WI - 1082A

“Cat Indoors” brochures were purchased from the American Bird Conservancy. Over 450 have been distributed throughout the community:  Humane Society,  eight vet clinics, five pet stores, plus the City library and Ned Hollister Bird Club. Sites will be restocked as needed. The City of Janesville has a cat “leash law” that requires any cat to be on a leash when off of the owner’s property. Enforcement of this ordinance is spotty at best.

In this area of Rock County, the Ned Hollister Bird Club coordinates the Christmas Bird Count and a May count. Typically 10 Janesville residents participate. Janesville residents also participate in the annual Crane Count. As previously described, the Cook Arboretum monitoring is an on-going project that utilizes local residents for the large group counts.

Bird City Janesville volunteers and community members conducted a Swift Night Out on September 5 & 7 at Washington Elementary School. There were approximately 70 people in attendance and over 2,000 Chimney Swifts.  Five other chimneys where swifts have been known to roost are also monitored.

E. Illustrate a program that involves schools, garden clubs, or other organizations in bird conservation activities.

4. Green Rock Audubon Society (GRAS)  is restoring about 80 acres of native habitat southwest of Janesville. The habitat includes oak woods, wetlands, and open prairie near and along the east branch of Raccoon Creek. The group hosted monthly hikes at their property and has a Bluebird trail.

5. Friends of Rockport Park and the City of Janesville have hosted an annual owl hike in June for at least ten years. Dave Bendlin, retired science teacher, leads the walk beginning at 9 p.m., calling Barred Owls. At times, the owls come to the trail by the participants. Over 75 adults and children have enjoyed each of these night adventures in recent years.

Summer School (1-5 grades) at Wilson Elementary School (high free and reduced lunch eligibility) included four sessions: Introduction to the birds around us.  The sixty students learned to identify birds by their call/song and practiced using binoculars. The school is located near the Rock River, and the students were given the opportunity to use their skills outdoors.

To edit existing photos (must be logged in) hover over the document to reveal the gear.