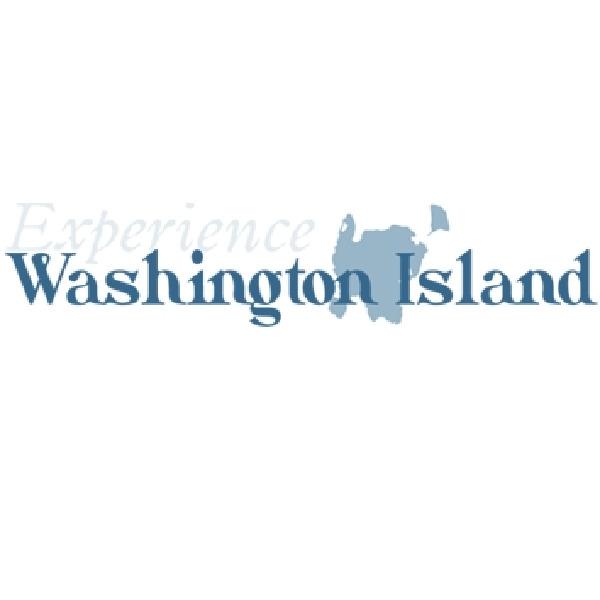 Door County has developed an extensive comprehensive plan that is in compliance with Wisconsin’s “Smart Growth” law for land use planning and natural resource management. The plan was adopted in 2009 and envisions that “in the year 2030, Door County’s rural land uses are balanced between residential and economic activities and natural resource preservation.”   It incorporates strong zoning ordinances for wetlands, woodlands and natural areas with the goal that public access to and recreational opportunities utilizing green space and the water are diverse and widespread with regards to conservation and preservation. The Town of Washington (which includes Washington Island as well as Pilot, Hog, Detroit, Plum and Rock Islands) is governed by all Door County Zoning requirements and thus has also adopted the Door County Smart Growth law for land use.

The Washington Island Art & Nature Center leads bird hikes throughout the summer, many of which are led by local volunteers. Those hikes have been valuable sources of birding information and sightings, many of which have been reported to ebird.org. A quick look at ebird.org indicates that 159 species of birds were sighted in the Town of Washington in 2015. The same website includes bird-sighting counts since 2011 for the Town. In addition, Washington Island residents work in conjunction with the government to survey and monitor Osprey and Eagle nesting and Mute Swan control.

The Town of Washington is an integral part of the Mississippi River Flyway and some species from the Atlantic Flyway have migratory paths that come close to Washington Island. As a result, the Town of Washington has been host to a variety of quite rare bird visitors including: Black Vulture, Scissor-tailed Flycatcher, Magnificent Frigate Bird, Western Kingbird, Couch’s/Tropical Kingbird, and the Crested Caracara. As bird monitoring increases, it is apparent that the Grand Traverse Archipelago (of which the Town of Washington is a part) provides an essential stopover for thousands of migrating birds. The variety and rarity of these birds is a significant draw for the birding community and has led to renewed local interest in protecting bird habitat.

The Door County Comprehensive Plan 2030 (which governs the Town of Washington) contains strong zoning ordinances. In Volume II, Chapter 2 is dedicated to wetland zoning and natural areas while Chapter 5 is dedicated to woodlands. These chapters outline specific goals while highlighting the importance of preservation and enhancement of these areas. These goals directly give protection to wildlife, such as birds, through habitat management and natural resource guidelines.

In addition, the federally owned islands that are part of the Town of Washington are all designated National Wildlife Refuges. Rock Island, which is owned by the State of Wisconsin, is protected by Natural Resources Administrative Code and state natural resources statues. Included in the Town of Washington are hundreds of acres of protected lands including  Wisconsin DNR Natural Areas, Door County Land Trust lands, Federal Wildlife Refuges, Nature Conservancy areas, state parks, county parks, town parks and Managed Forest Lands.

The Door County Invasive Species Team (DCIST) is a group of natural resource professionals and interested members of the public concerned with preserving Door County’s and the Town of Washington’s natural environment. DCIST seeks to halt the invasion of exotic non-native plants by empowering citizens with the education, tools and skills necessary to control invasive species. Their website contains a newsletter with in-depth information regarding invasive species laws. The site also gives detailed information on removing invasive species and planting native species that are specified for a wide variety of recreational activities, including birding. The DCIST conducts a series of hikes and invasive species removal workshops to help educate the public. There are semi-annual hikes on Washington Island led by DCIST to map the location of invasive species so that they can be targeted for removal.

The Great Wisconsin Birding and Nature Trail includes one location on Washington Island: the Jackson Harbor Town Park & Jackson Harbor Ridges State Natural Area. The 75-acre park is a good mix of low sandy beach and dunes that grade to low ridges and swales, and then to conifer and mixed hardwood forest. This combination of habitat harbors a wide diversity of birds. Its signature species include the Ovenbird, Black-throated Green Warbler, and the Common Raven. Its rare species include: the Merlin, Common Merganser, and Common Goldeneye.

Under Chapter 5, section 5.07 of the Door County Comprehensive Plan 2030 Volume II (which governs the Town of Washington), Door County outlines the requirements and regulations for forest management on a countywide scale. As stated in the Plan, “Woodlands of Door County significantly contribute to the county scenic attractiveness and provide to people recreational opportunities. They provide habitat for numerous species of plant and animal life.” That statement provides the underlying cause for developing and implementing sustainable forestry management in order to preserve the county’s wetlands and natural bird habitats.

In addition, in 2003 a Forest Resource Assessment and Management plan was prepared for Washington Island by Clark Forestry Consulting Services. This is a comprehensive reference guide which includes information regarding the culture, land use, forest resources and unique ecology of the island.

The Richter Community Forest totals 158 acres of primarily northern hardwoods. Sustainable forestry practices are in place to restore this forest back to its old growth condition which included white pines, hemlocks, sugar maples, American Beech, red oak and basswood. It provides a habitat for a large number of resident and neo-tropical migrating songbirds.

The Big and Little Marsh and the Coffey Swamp State Natural Areas are owned by the State of Wisconsin and managed by the DNR. The Marsh is surrounded by an upland hardwood forest of white cedar and hemlocks. Included within the natural area is 200' of the Lake Michigan shoreline. Many birds funnel through this area during spring and fall migrations and a diversity of neo-tropical migrants breed here in summer. Adjoining the Swamp is a northern wet-mesic forest dominated by white cedar situated on peat over gravel and sand ridges. The swamp is also home to migrating birds.

The Domer-Neff Nature Preserve and Bird Sanctuary is a 48-acre parcel that has been under Door County Land Trust control since 1997. In 2004, the Washington Island school children planted over 500 native trees and shrubs to enhance the wildlife and birding habitat of this preserve. The open meadows provide a home to eastern kingbirds, field sparrows, meadowlarks, bluebirds, kestrels, and harriers, just a fraction of the 218 recorded bird species found on Washington Island during a single year.

Information about preventing window strikes has been distributed at the Island Bird Fests held annually on Washington Island.

The Door County Comprehensive Plan 2030 (which governs the Town of Washington) contains strong zoning ordinances that set specific goals for preservation and enhancement of key areas. These goals give legal protection to wildlife, such as birds, through habitat management and natural resource guidelines. This protection removes and limits hazards to birds, especially hazards caused by excessive development.

In addition, several property owners have posted signs on their land indicating that no mowing will occur until after the nesting period for grassland birds has ended in order to preserve breeding habitats for birds.

Washington Island residents have participated in the Christmas Bird count since 2001.

We have several community members that participate in the Geat Backyard BIrd Count.  A Facebook page,  Washington Island Birders, was created and members posted results on the site for this event.

The Art & Nature Center's Naturalist led a bird hike on May 8, 2021 for  World Migratory Bird Day.

D. Describe your community-sponsored annual bird festival. This must be a multi-day event or a truly exceptional one-day event.

Washington Island is host to the annual Door Islands Bird Festival. In 2019, the festival was held May 16-19. This festival generally attracts over 100 participants who recognize that the Town of Washington is a unique and diverse location for bird watching.

E. Illustrate a program that involves schools, garden clubs, or other organizations in bird conservation activities.

The Washington Island Art & Nature Center sponsors bird walks throughout the summer which are open to the public and led by local volunteers. In addition, Washington Island residents work in conjunction with the government to survey and monitor Osprey and Eagle nesting and Mute Swan control.

Farming on Washington Island is generally conducted by small hobby farmers rather than large commercial farming operations. The largest commercial farmer on the Island is a certified organic farmer who uses no harmful fertilizers or chemicals on his crops. Many local landowners delay hay mowing on their fields until after the nesting period for grassland birds has ended in order to preserve breeding habitats for birds.

The Door County Visitors Bureau has published an excellent brochure entitled “A Guide to Birding in Door County.” It is notable for its list and map of key birding locations, a photo checklist of key species, and an ethical guide to birding. The map comes is color with major roads listed and lists the major birding locations in the Town of Washington.

Door County publishes an extensive guide entitled “A Guide to Significant Wildlife Habitat and Natural Areas of Door County, Wisconsin.” The Town of Washington is covered extensively (pages 130-137) and includes descriptions of wildlife areas such as Figenschau Bay, Little Lake and four coastland wetlands:  Coffee Swamp, Jackson Harbor Ridges, and Big and Little Marshes. All of these areas are used by migrating waterfowl and other birds.

The Art and Nature Center leads weekly hikes in July and August that educate the public on flora and fauna which includes birds sitings.  The ANC also has a native garden that is used as a means to educate the public on the importance of native plants and ecosystems in the environment.  The ANC also has a Facebook page that frequently posts nature photos that include many birds, especially during the spring migration and the winter birds seen on Lake Michigan.  Members of the Washington Island Birding FaceBook page routinely post bird sitings seen on Washington Island through out the year.

On July 29, 2014, the Door County Board (which governs the Town of Washington) officially adopted a resolution recognizing the second Saturday in May as International Migratory Bird Day. All citizens of the county are urged to celebrate the observance in support of efforts to protect and conserve migratory birds and their habitats. The Town celebrates IMDB during the annual Door Islands Bird Festival. 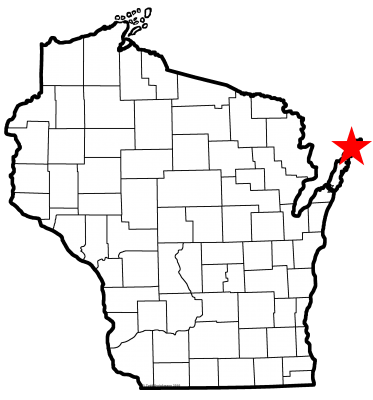