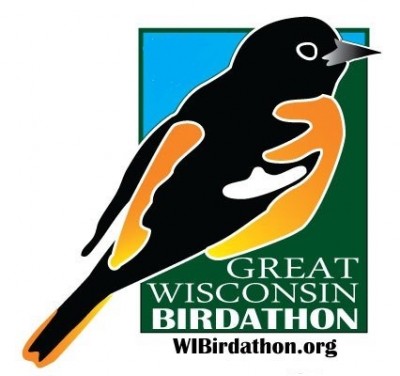 The 2019 Great Wisconsin Birdathon is a wrap, and thanks to 24 teams, 27 field trips and winter tours, and 660 donors, it was a big success. According to the Natural Resources Foundation of Wisconsin, the event raised $85,652 for bird conservation.

The annual birdathon is the primary source of support for the Bird Protection Fund, which provides critical support to projects that advance conservation across Wisconsin, focusing on species that are most imperiled. In 2019, it funded Kirtland's Warbler research, Piping Plover monitoring, and five other priority conservation projects, including Bird City Wisconsin.

"Cutright’s Old Coots are six people who strongly believe that birds are valuable and need our help -- now more than ever," says Schwartz. "That’s why every year since 2012 we have enlisted as many friends, family, and colleagues as possible to support a team for the Great Wisconsin Birdathon."

In addition to raising the most money, Cutright's Old Coots came close to taking honors for the most birds recorded during the birdathon, observing no fewer than 168 species on a big day held on May 16.

The top birding team was the Secretary Birds (Tom Prestby, Mark Korducki, Quentin Yoerger, and Aaron Haycraft), who recorded a remarkable 193 species while birding from Door County to Horicon Marsh on May 21, including Northern Saw-whet Owl near Duvall Swamp, Eastern Whip-poor-will near Bailey's Harbor, and both Hooded and Blue-winged Warblers in the Northern Unit of the Kettle Moraine State Forest.

The organizational teams raised $16,400, half of which will be returned to them to fund their own projects, including land protection and stewardship, education, outreach, and more. Their success suggests that the birdathon would be a fun and effective way for Bird Cities to raise money for conservation efforts in their communities.

The next Great Wisconsin Birdathon will be in April 2020.

Results and stories from the 2019 Great Wisconsin Birdathon.

Read about the Muirland Merlins.

Updated Aug. 10, 2019, to include updated fundraising and Big Day results.