A Big Year Birding Record in Rome, a Bird City 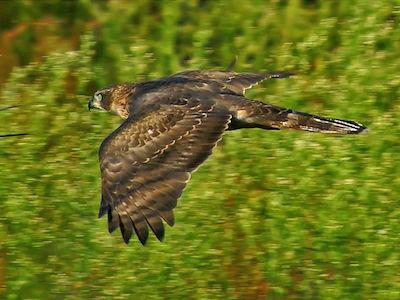 In 2016, the Town of Rome in Adams County became the 96th community in the state to be officially recognized as a Bird City. Since 2016, Rome has annually submitted applications and been approved for renewed recognition under Sustained Flight status.

Once the bed of a glacial lake, Rome’s landscape consists of spectacular sand barrens and rolling pines. Home to the endangered Kirtland's Warbler, Whooping Crane, Clay-colored Sparrow, and Karner blue butterfly, Rome is a prime destination for nature enthusiasts and birders.

Richard Wagner, an avid birder and a resident of Adams County, spent much of the 2020 season birding in Rome and surrounding area. Birding was ideal during the pandemic due to the socially distanced nature of the activity.

Wagner shares: “I birded Adams quite a bit last year after moving back from Asia and the emphasis on the local during this pandemic. About four months into 2020, I saw in eBird that a well-known name in Wisconsin birding, the Rev. Samuel Robbins, Jr., author of Wisconsin Birdlife: Population and Distribution Past and Present, had a 219 year in 1955, so for kicks I set out to try to beat it, as I had a decent foundation for a Big Year from the first four months.” (A “219 year" refers to documenting 219 different species of birds throughout the calendar year.)

Wagner set the ambitious goal of beating Robbins’s historic 1955 record for Adams County. Logging each bird viewed and the locations, Wagner documented his bird sightings, many of them in Rome Township.

“I got to 220 just as the sun was setting on Dec. 31 (an immature Northern Goshawk on Akron Drive)," Wagner says, "sort of strange how that stuff happens.”

Although many scheduled Rome birding events were canceled due to COVID-19, the Sand Valley Restoration Trust was able to hold its third annual Christmas Bird Count on Dec. 16. Thirteen surveyors counted a total of 1,258 birds of 34 different species.

Read about the Town of Rome.