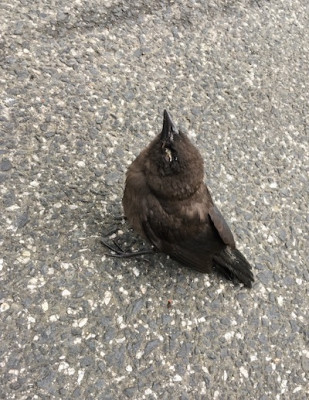 The Wisconsin Department of Natural Resources says it is actively following the incidents of mass bird mortality that were first reported in the eastern United States in late May 2021.

The cause of the illness has not been identified yet, and it has not been linked to bird mortalities in Wisconsin. The department continually monitors reports of sick and dead wildlife and, beginning in late June, received a few scattered reports of birds in Wisconsin with swollen, crusty eyes. These signs can be associated with a number of causes and may not be associated with the illness reported in eastern states.

If you observe birds with crusty or swollen eyes or that are having seizures or are uncoordinated, please contact your local non-game ecologist or wildlife biologist. Freshly dead carcasses of birds that have swollen eyes are also of interest. Wisconsin DNR wildlife health staff will work with the National Wildlife Health Center to try to determine the cause of these mortalities.

Out of precaution, Wisconsin DNR also asks the public to follow best practices for maintaining bird feeders and baths. If you observe sick or dead birds at your bird feeders or baths, remove the feeders. Also take care to clean and disinfect feeders regularly with soap and water, followed by a rinse in 10% bleach solution.

You can help monitor the health of Wisconsin's wildlife by reporting your sightings of sick or dead wildlife to your local DNR office.

Locate a Wisconsin DNR service center near you.

Find a wildlife biologist near you.

Get updated information on Wisconsin birds.