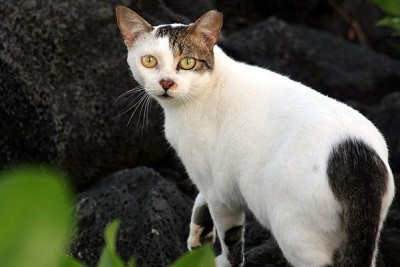 The City of La Crosse has lost its High Flyer status in the Bird City Wisconsin program.

Ignoring overwhelming scientific evidence about the threat posed to birds by outdoor cats, the city's Common Council on January 13, 2022, adopted an ordinance that authorizes the Coulee Region Humane Society in Onalaska to capture, neuter, and release stray cats back into the community.

According to the La Crosse Tribune, the new ordinance specifically authorizes the humane society to target areas in the city where known groups of stray cats reside and known community caretakers provide them with food.

Predation by domestic cats is the number-one direct, human-caused threat to birds in the United States and Canada. In the United States alone, outdoor cats kill approximately 2.4 billion birds every year. The number of birds killed by cats exceeds the number lost in collisions with windows, buildings, communication towers, vehicles, and pesticide poisoning.

Following the 2019 publication of research documenting the staggering loss of nearly three billion breeding birds in North America since 1970, including as a result of predation by cats, the Cornell Lab of Ornithology named keeping cats indoors the second of seven simple actions we all can take to help birds.

Consequently, La Crosse has been removed from the list of High Flyers the program publishes on its website and in publications, and the city will not be eligible for High Flyer status for as long as the ordinance remains in effect.

La Crosse, a Bird City since 2011, had earned credit in past applications for satisfying a criterion that requires communities to describe educational programs to control free-roaming cats and/or the manner in which they actively publicize the Cats Indoors initiative (Criterion A in Category 3, Limiting or Removing Threats to Birds).

Cats Indoors is a program of American Bird Conservancy. It educates the public and policy makers about the many benefits to birds, cats, and people when cats are maintained indoors or under an owner's direct control.

Photo: The tipped ear of this feral cat indicates that it was neutered in a trap-neuter-and-release program.